A rare first edition copy of a Sherlock Holmes novel by Sir Arthur Conan Doyle is to go on display in Hampshire.

A Study in Scarlet, which was the first book to feature the literary detective 125 years ago, goes on show at Portsmouth City Museum on Saturday.

Sir Arthur created Holmes while living in Southsea, where he worked as a GP before turning his hand to writing.

A Study in Scarlet is part of a private collection of Conan Doyle memorabilia bequeathed to Hampshire by collector and writer Richard Lancelyn Green, following his death in 2004.

The collection, estimated to be worth about £3m, consists of more than 55,000 items.

“Holmes is imperishable,” he added.

“Sometimes his reality, manners, traits, habits, turns of phrase, style of dress, his violin, cocaine, tobacco, deerstalker and magnifying glass obscure the achievements of Sir Arthur Conan Doyle, a man quite as remarkable as his best known creation.”

Due to its fragile condition, the novel will not go on permanent display at the museum but will remain there until the end of January 2013. 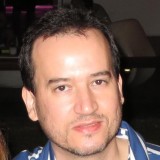